Did Peggy Glanville-Hicks often dress as a man? “Dressing as a man” is different to “wearing men’s clothing” and the distinction is a significant one. Glanville-Hicks certainly went through a phase from about late 1937 of wearing a man’s suit jacket and cutting her hair very short. She also affected smoking a pipe, something that Esther Rofe recalled almost seventy years later. There are several possible explanations for this. Firstly, this was precisely the date at which she was attempting to persuade Stanley Bate to marry her. Bate was homosexual and almost certainly had no interest in marrying but Glanville-Hicks was in love with him and wanted to make herself attractive to him. Her very petite figure in these clothes made her appear boyish and much younger than her age. One of the things about Bate that she adored was his impeccable taste and a few years later (by which time they had married) they both wore jackets cut from the same cloth. While there are a few photos dating from 1938 when she did “dress as a man”, the photos taken in Sydney in 1940 or 1941 are very feminine, showing her with curled hair (an early version of the hairstyle she adopted later in New York), wearing lipstick, mascara and a petite open collar that softens her tailored jacket. At the same date in an interview with the ABC Weekly she confided that her husband preferred “feminine frocking” so she had given up her man’s felt hat for “tailor mades” in grey, navy with pencil stripes, brown and fawn tweeds—perhaps Bate preferred to have a wife who looked the part. She also explained that she had chosen evening wear in sports style, with tailored long skirts and jackets of lamé or velvet worn with the kinds of ties adopted by horsewomen. The reporter noted her preference for “severely cut” clothes despite her slim and boyish figure and the “soft coiffure of closely arranged curls all over her head”. In fact Glanville-Hicks was to prefer “severely cut clothes” in her professional life in New York, clothes that were modest, discreet and without any feminine flamboyance. What few photos we have show that her clothes might be adorned with a brooch or necklace or, around 1954, the kind of shoestring tie we associate with Colonel Sanders.

If, then, her preference for men’s clothes and a mannish appearance can be dated to 1937–38, when she lived in London, there are factors other than a prospective husband that might have influenced her appearance. Ethel Mannin, a socialist writer who in the thirties engaged in affairs with W. B. Yeats and James Stern, reported in a book dating from 1930 of a meeting with the renowned lesbian Radclyffe Hall. She wrote, “Usually when people describe a woman as ‘masculine’ they imply … the clumsy, thick-ankled, untidily tweed-clothed hoyden.… [Hall] is the definitely masculine type of woman, but not by any means in that tiresome and unattractive sense suggestive of police-women or tomboy-ish daughters of county families. Her masculinity, sartorially, is of the exquisitely tailor-made kind, and she is one of the handsomest women I have ever met. … She has a beautiful head, and sleek, close-cropped fair hair with a slight wave; keen, steel-grey eyes, a small sensitive mouth, a delicately strong aquiline nose, and a charming boyish smile” (Confessions and Impressions, 227). Laura Doan in Fashioning Sapphism quotes advertisements from the late 1920s for exclusive ladies’ and gentlemen’s tailors, one of them referring to “the present tendency towards the severely masculine mode” as an explanation for the design of one of their evening suits for women. Doan credits Hall as a “pioneer of a new look of female masculinity” (112), suggesting that if this was the persona that Glanville-Hicks was aspiring to, it was a fashion statement more than a profession of her sexuality.

Indeed, the Australian writer Nina Murdoch, also writing in 1930 (in her book Seventh Heaven), discovered on the streets of London a type of “hermaphroditish being”, who “wears an Eton crop; speaks in a deep contralto voice; and sports a coat and skirt of masculine cut with which she wears a collar, tie and cuffs and a small felt hat of hard line”. Moreover, “young women of this type smoke anywhere and everywhere and all the time” (168). In the audience at concerts, complained Charles W. Orr in the Musical Mirror and Fanfare in April 1931, there were both “masculine girls with close-cropped hair, wearing stiff collars and severe tailor-mades” and “flabby males, whose garb is a sartorial union of Bohemia and Cockaigne” (126). Observations such as this suggest that Glanville-Hicks was acutely conscious of fashions, and of statements that could be made through fashion. She read fashion magazines such as Vogue, chose the fabrics and styles of her bespoke outfits and experimented with the breadth of the gamut from boyish masculinity to subdued femininity. According to Angela Woollacott, an ambitious and successful woman such as the actress Margaret Vyner could wear mannish suits and ties while being assertively heterosexual, and so play with transgressions of the boundaries of gender and sexual identity (195). By doing so women asserted their self-sufficiency, and their autonomy in the cosmopolitan culture of the modern city. Glanville-Hicks’s mobile constructions of self through her dress were an expression of her creativity, her stylishness and her modernity. 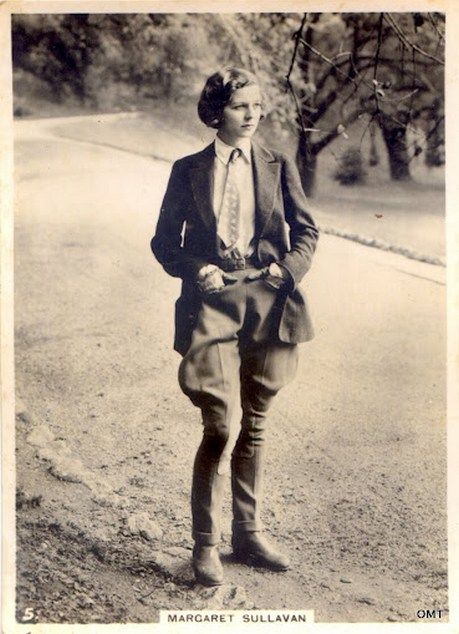 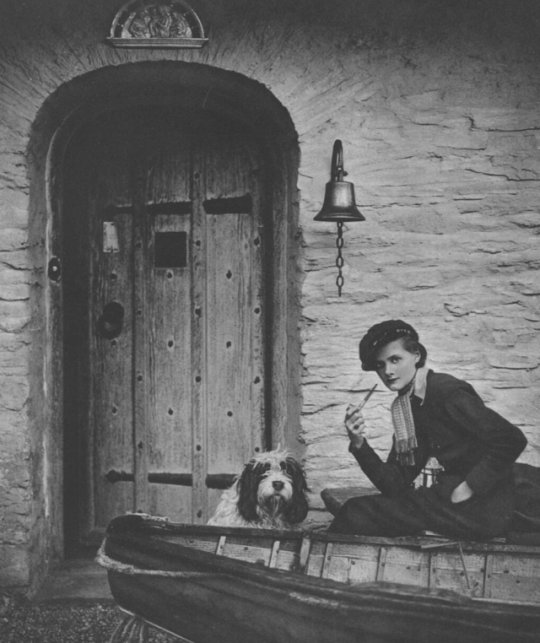