PGH was always interested in the design of her scores and record covers. She drew an elaborate cover for her first opera, Caedmon (1936), which resulted from her researches on early Medieval England. Her interest in book covers seems to have been revived from 1945 during her relationship with Paul Bowles, who mixed with the circle of writers and artists associated with Charles Henri Ford and Parker Tyler’s avant-garde magazine View, published in New York from 1940 to 1947. Several issues of View in fact remain in her archive. Among the contributors to the journal that she knew, in addition to Bowles himself, were the artists Brion Gysin and Alexander Calder and she was to set the poetry of Wallace Stevens, subject of an interview in View’s first issue.

In 1949 Hargail published Glanville-Hicks’s Ballade, three settings of Bowles probably dating from 1947, with a surrealist cover drawn by Bowles (a facsimile appears in Peggy Glanville-Hicks: Composer and Critic). When Bowles’s first novel, The Sheltering Sky, was published at the end of that year by New Directions, James Laughlin (founding publisher of New Directions) commissioned a dust jacket from Alvin Lustig (1915–55). Laughlin later reported that “watching him play with a pencil on a drawing pad, I thought that he had some special magic in his hands. Only at the end [of his life], when I knew he could not see the forms evolving on paper, did I realize that his creative instinct was akin to that of the poet or composer. The forms took shape in his mind, drawn from a reservoir seemingly as inexhaustible as that of a Klee or Picasso”. Others describe his unique visual vocabulary and consider him to have been ahead of his time because of his typographic experiments and ability to symbolise the book’s contents in abstract, geometrical designs—compare Lustig’s design with the exoticism of the dust jacket for the Lehmann edition of the same year.

Another of Lustig’s dust jackets was the one for the New Directions edition of Rimbaud’s A Season in Hell, the subject of the ballet Glanville-Hicks composed in 1967 and perhaps the edition she and John Butler used in their preparation of a scenario.

More interestingly, when she came to compose the libretto for her opera The Transposed Heads, completed in 1953, she may have drawn on the Lowe-Porter translation published in New York in 1941. For that edition the title was printed within a large black box bordered by a creeping vine. The only colour note is some brown along the spine. A far more striking edition, however, was published in 1959. By then Glanville-Hicks had become the first American woman to win a commission for an opera, her opera based on Mann’s story had been premiered in Louisville, broadcast all over the country and then revived in New York, and the piano-vocal score had been published by AMP.

In the wake of these achievements—possibly even as a result of them—Vintage commissioned a design from the art director and graphic designer Paul Rand, one of the most famous American designers of the century. In 1945 Rand had redesigned the logo for Knopf and in the same year his first dust jacket for Knopf was Mann’s Tables of the Law. Steven Heller describes the image as “a dramatically lit, mortised photograph of the head of Michelangelo’s ‘Moses’ partially covering the stacked lines of gothic type, which screamed out, ‘The Law.’ The solid brown background did not fill the entire image area but like a window shade stopped before reaching the jacket’s bottom, leaving a channel of white space that gave an illusion of three-dimensionality against the base of the image. The jacket’s ad hoc quality gives an impression that Rand cut and pasted the art and type together in an instantaneous burst of creative energy reminiscent of a Dada collage. In fact, he labored over his solution until he achieved the appearance of an accident, everything was precisely composed, yet slightly off kilter”. Rand’s cover for Nicholas Montserrat’s Leave Cancelled (1945) was even more adventurous, incorporating bullet holes die-cut through the paper, something strikingly different to the Vintage jacket for the same book, depicting a naked woman lying between sheets in bed.

It is easy to see why booksellers were astonished at the boldness and striking colour of Rand’s covers, beautifully exemplified by the cover of the 1959 paperback edition of Mann’s The Transposed Heads. Combining blocks of vivid pink and orange—emblematic of the rich colours associated with Indian life and culture—with the lower square representing a patterned fabric such as seen in Indian block prints. The casually handwritten text is superimposed on a symmetrical hourglass shape representing the symmetry of the tale’s transposed heads and bodies. The design is signed by Rand in the upper right-hand corner.

Perhaps PGH learned from the designers of View and New Directions, and the example of Rand, how the cover could promote the modernity of the contents. When the recording of her opera Nausicaa was released with a dim black photo on the cover she railed against the design, griping that she never got the covers she hoped for and that if only her blue-and-white design had been used it would have increased the recording’s saleability. She would have been gratified to see that the cover of the 1995 CD recording of Nausicaa reinstated her colour scheme, the text laid among geometric boxes and superimposed over a shadowy white sculpture of a headless woman, thereby symbolising the women of ancient Greece. 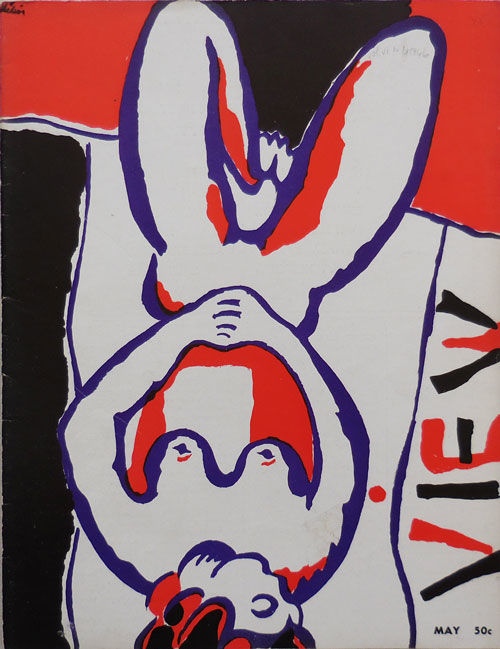 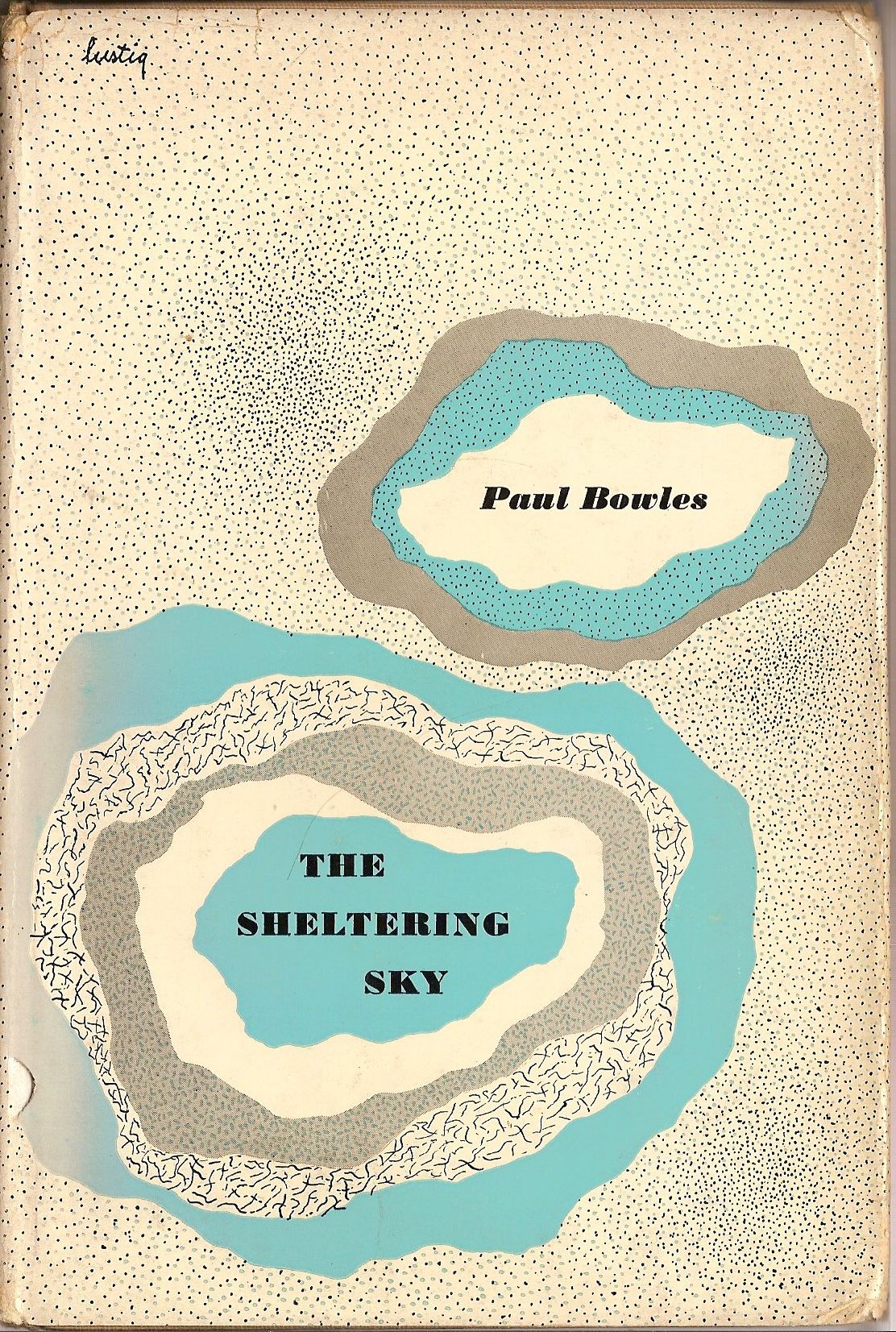 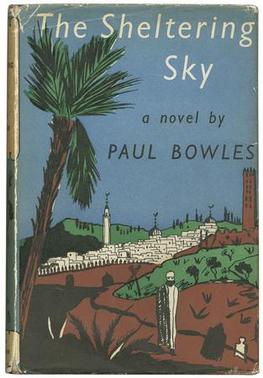 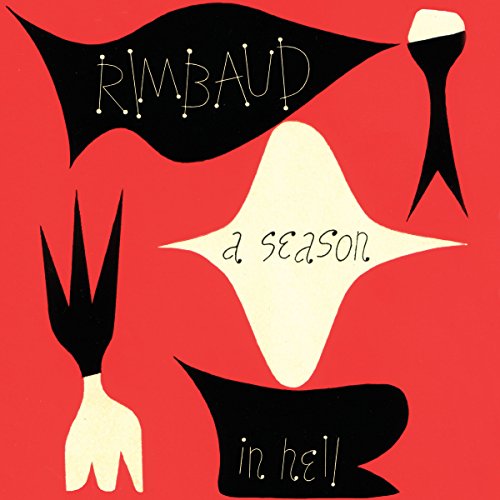 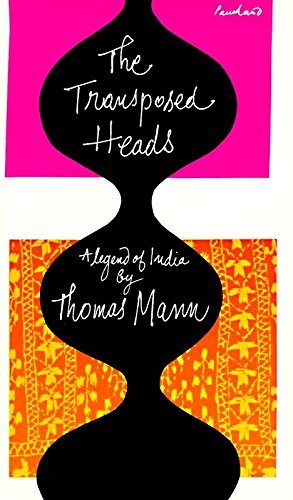 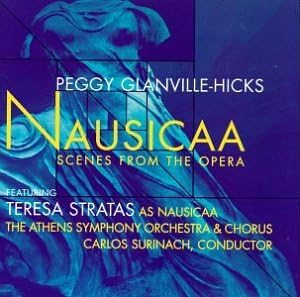