In 1961 Yehudi Menuhin asked PGH to recommend somewhere in Greece for a holiday and she suggested Mykonos. At the same time that she was buying a house for herself on the hillside above Mykonos town she arranged for Menuhin to purchase one a short walk away on the Megali Ammos beach. It was owned by a Mrs Phouski who was keen to sell because she had a daughter who was about to marry. PGH chose it especially because it had a view towards Delos and could be renovated by local tradesmen, who created a house on five levels, a “nest on the hillside” as she called it. 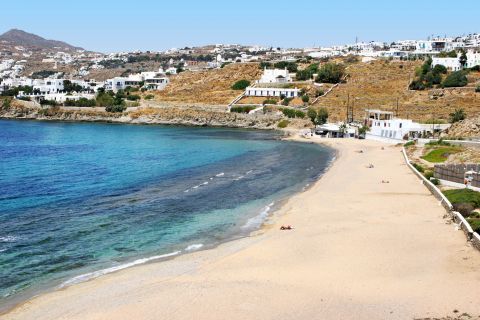 Menuhin wrote in Unfinished Journey, “Mykonos architecture is like melted vanilla ice-cream; every year new coats of paint and plaster are applied, so that edges and right angles disappear beneath lovely bulbous curves. We have respected the simplicity of our little peasant house. Built of stone, the roof insulated with straw and seaweed between narrow beams (for wood is precious on the island), with a distinctive little chimney, it is cool, white, clean and totally unspoiled. For a few years it was an idyllic summer holiday hermitage where one wore one’s oldest clothes, swam in the empty sea, daily collected steaming loaves of black bread from the baker’s brushwood oven, and took evening walks in what Diana called our supermarket – our three terrces and the adjoining vineyard where grapes, figs, pomegranates, prickly pears, tomatoes and quinces grew, these last usually full of worms”.

Now, sixty years later, the house has been transformed into a hotel with the original structure still there. PGH would have approved the determination of the architect to use natural materials, just as she had in her own house: hand-brushed plaster on the exterior walls, stone floors, wooden pergolas and pebbles in outdoor areas. The new hotel won an architecture award in 2020 – see https://bigsee.eu/legacy-suites-and-the-garden-all-day-bar-mykonos/. 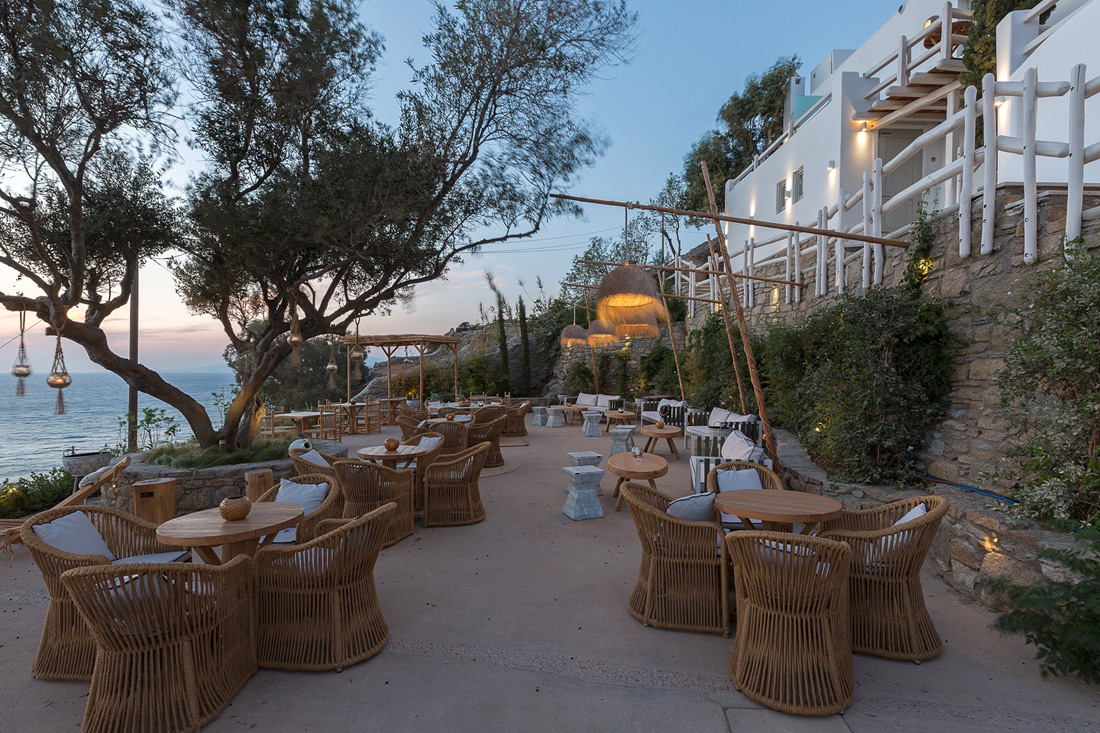